A House of Many Mansions : The History of Lebanon reconsidered 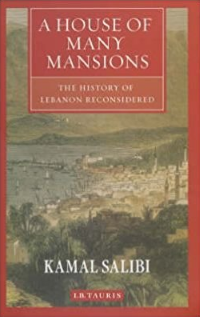 Today Lebanon is one of the world's most divided countries. But paradoxically the faction-ridden Lebanese, both Christians and Muslims, have never shown a keener consciousness of common identity. How can this be? In the light of modern scholarship, a famous Lebanese writer and scholar examines the historical myths on which his country's warring communities have based their conflicting visions of the Lebanese nation. He shows that Lebanon cannot afford this divisiveness, that in order to develop and maintain a sense of political unity, it is necesary to distinuish fact from fiction and then build on what is real in the common experience of both groups.Salibi offers a major reinterpretation of Lebanese history and provides remarkable insights into the dynamic of Lebanon's recent conflict. In so doing, he illuminates important facets of his country's present and future. This book also gives a masterly account of how the imagined communities that underlie modern nationalism are created and will be of interest to students of international affairs as well as Near Eastern scholars.