The New Arab Revolutions That Shook The World 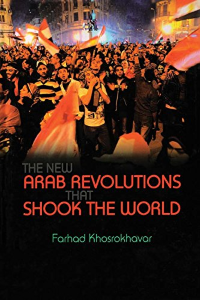 Long considered overwhelmingly resilient, Arab authoritarian regimes have begun to fall in surprising manner. While the future of governance in these countries is unclear, the new Arab movements, largely secular and youthful, reveal a vital and ambitious new Arab generation. For these youth, radical Islam has lost its seductive appeal and religion is being marginalized. Women now are far more visibly active in societies long bound by tradition. The participants in the new movements prefer peaceful means, but are prepared to fight if necessary to change the future. They are motivated by a new global awareness from the internet and the means provided by Facebook and other new media to quickly build massive, powerful movements. Khosrokavar's compares the different countries shaken by the protest movements and he contextualizes of the demands and claims of the determined, democratically minded participants. He also looks beyond the Arab world to show how the Arab revolutions are leaving a deep imprint on countries like Iran, where unsuccessful democratic movements began months before Tunisia and Egypt.

The new revolutions change the geo-politics of the region and shed light on new dynamics in which the citizen's dignity takes precedence over religion, community or even regional issues like pan-Arabism. The movements reveal the true democratic spirit of this new Arab generation which is largely unsympathetic to the aims of Jihadi terrorist actions. Looking to the future, Khosrokavar discusses how the new movements may change the world.